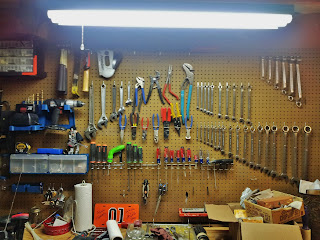 Being that I had four days off of work, one would assume that I would return to work refreshed.  I can assure you that this is not the case today.  The Keurig here at work is working harder than I am today as I am recovering from a four day rollercoaster of physical abuse at our townhouse.  But alas!  The townhouse has a renter!  All of the hard work paid off.  With the help of my brother JP (who I am sure you will be hearing more about in the future, you can read his music blog here) and my wife Ang, we managed to: Paint damn near the whole interior, patch a few spots of popcorn ceiling, install a new shower fixture in the master bath, 4 new towel hooks in the bathrooms, lay new mulch in the flower beds, install new quarter round molding in the foyer and powder room, remove the rest of our crap from the house and shed, and clean clean clean.  When the prospective tenant showed up, she loved it, signed the lease, and handed over a check for the remainder of October (which we were not counting on receiving any rent until November as this was a spur of the moment thing.)

Now that the townhouse is occupied, I will have more time to dedicate to our new house.  Which means more posts and more pictures!  We were still working on the townhouse this weekend when Ang says to me "So we need to start picking out the colors for the boys' room.)  Whoa, pump the brakes!  Gimme a breather for a bit!  But we agreed, one weekend of family stuff before we start.  Then it's back to work.


Off topic for a minute:  Who watched the Season Premier of The Walking Dead?  We finally get to see Carl acting a bit like Carl from the comic.  A lot less like a little girl and more like a tough preteen during the Zombie Apocalypse.  About time! 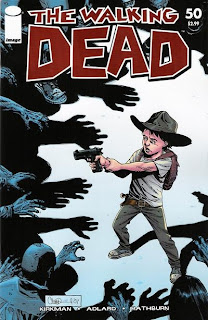 Well hello!
To start things off I should establish why I am here.  I don’t know if anyone will actually look at this blog, and if they do, then great!  If they don’t, then I guess it would equate to me talking to myself, which is fine too.  We moved into our home a little over a month ago and it has been absolute chaos for most of that month.  We decided that our townhouse was just too small for our family and that we needed more space.  Somewhere in the process of packing and moving, time got away from us and we ended up moving and leaving our townhouse, which we are going to rent out, in absolute disarray.  So, now that we have moved, when I should be concentrating on our new house, I am spending all of my spare time painting and repairing things at the townhouse.
But the townhouse isn’t why I am writing.  It’s the new house.  I approach the new house as an artist would approach a blank canvas.  Okay, maybe not a blank canvas.  That analogy may not work here.  How about how Rick Baker would approach an actor’s face on the set of a movie.  That makes a bit more sense.  The house is a 4 bedroom colonial, built in 1980 on about one and a quarter acre.  It has a 2 car garage, a full playground, and a ridiculously long driveway.  And when I say a full playground, I don’t mean a swing set that you buy at Lowes.  Oh yeah, and a CRAPLOAD of trees.  Mostly Oak trees, which make themselves apparent when you pull into the driveway and immediately it sounds as if you are driving a golf cart over bubble wrap from all of the acorns constantly falling from the trees.  But I love it.  It’s home.  I get a warm feeling whenever I pull up to the house. 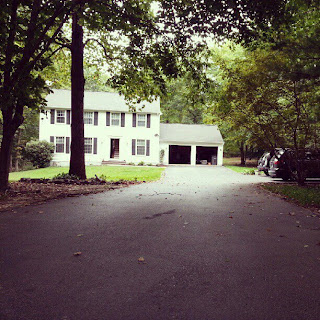 Back to the canvas part.  The house has had two owners before us.  Many things have been done to the house.  Crown molding in almost every room.  Workbenches in the garage.  Two decks.  Built in Humidor in the basement.  Hardwood floors throughout.  But you can tell that complacency had set in with the previous owners, as many things fell by the wayside.  Kitchen counters sag a bit in places, brush piles in the trees in the front yard, they didn’t caulk the crown molding, the French doors leading out onto the deck have rotted wood all the way around, to name a few.
I think I will shut my pie hole for now.  I look forward to sharing more in the future.  More stories, pictures, projects, and hopefully a lot more laughs!